The Secretary of TSCAI Giovanni FAZIO was involved in the second day of the congress, the one dedicated to Innovation and International Cooperation, making a speech on the Maturity Level of Open Data in Europe, with particular reference to the role of trend-setter reached from Italy in this area. Obviously, the theme has received a lot of interest considering that it is estimated that Open Data will produce up to 74 billion in direct-size market in 2020 and more than 100,000 new jobs in Europe.
During the speech great attention has been paid to the initiative of E015 promoted and managed by the Lombardy Region, as an excellent and effective example of real-time open data.

The speeches on this day were numerous and very interesting, and showed how the theme of the Smart City is much felt and developed both in the Netherlands and, in particular, in Germany.
In particular, the city of Dortmund, with its Allianz Smart City Dortmund stands as a concrete example of how the issue of digitization of our communities should be seriously addressed, starting with a clearly structured organization. 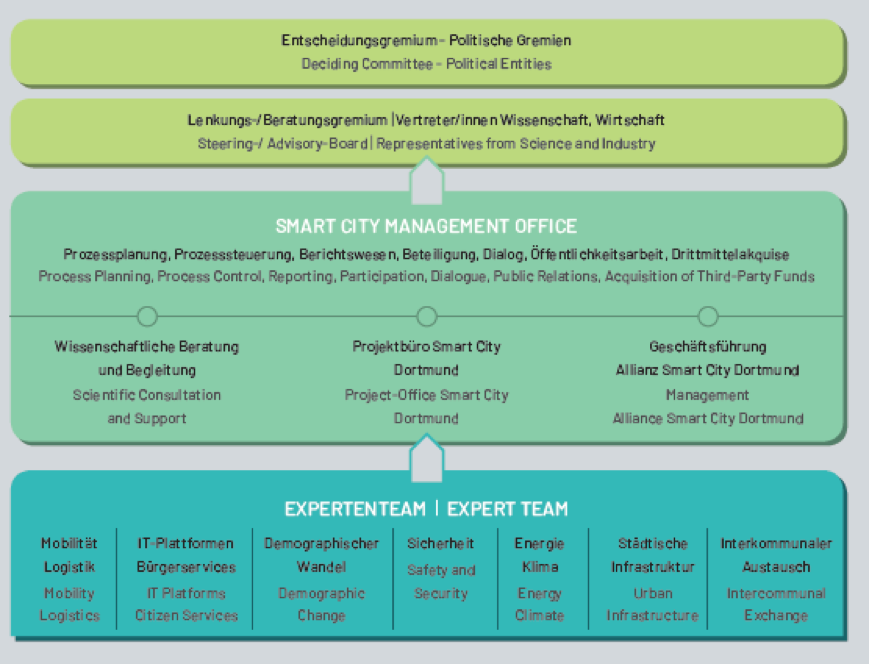 Dortmund (580,000 inhabitants approx.) has decided to focus its SMART development on only one part of the metropolitan area, the northern one, but at the same time has intention to carry out projects on 6 different masterplans simultaneously (security, digital administration, education, mobility, economy and energy of the future), being able to raise + 30 million EURO of funds, involving + 140 partners and starting + 27 projects.

The occasion was also useful for TSCAI to start a dialogue with FIWARE, which in Dortmund presented its open source platform to collect and manage a wide variety of data coming from the city (traffic sensors, environmental sensors, metering, smart parking, etc. ). TSCAI and FIWARE have in common interest in bringing the world experiences of FIWARE in Smarty City on the Italian territory, and at the same time exploring the peculiarity of Italian local governments in the FIWARE framework.