The Smart City Association Italy (TSCAI) is a community of people, professionals, companies and institution actively present in the following groups:

FOUNDERS and EXECUTIVE BOARD

TSCAI has been founded by the following 4 professionals on 8th March 2018: 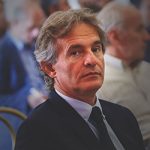 Angelo Bozza is the President of TSCAI. Angelo is the CFO in the municipality of Cazzago San Martino and he is also financial advisor in some municipalities. He also worked in the Province of Brescia as Internal Auditing Officer and was Mayor of Monticelli Brusati for two mandates. 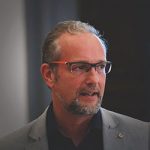 Bas Boorsma is the deputy Chairman of TSCAI. Bas is the Managing Director at Rainmaking Urban, the company within the global Rainmaking group dedicated to smart & sustainable community facilitation. He is also the author of the book “A New Digital Deal”. (September 2017 – www.anewdigitaldeal.com) 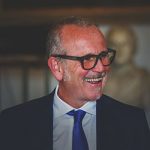 Giovanni Fazio is the Secretary of TSCAI. Giovanni is the CTO of the City of Como and he is also responsible of citizen services department. He worked for several years as UMTS project manager in Marconi Mobile. 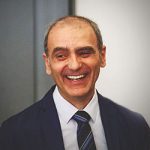 Raffaele Gareri is one of the co-founders of TSCAI and he was also the President for the first year. Raffaele is a public manager and has been deputy secretary general at Province of Brescia and director of the Innovation, Tourism and HR departments. He was for three years the President of ENTO (European Network of Training Organisations), an association of the Council of Europe to support the integration of its 47 state members in the field of local government. Currently he is the director of the Department of Digital Transformation of the city of Rome.

The Scientific Committee of TSCAI has the privilege of the following members: 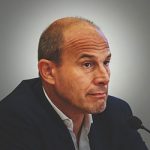 Giuliano Noci is the President of TSCAI Scientific Committee. Giuliano is Full Professor of Strategy and Marketing at Politecnico di Milano. He has recently published the book “Biomarketing” by Egea. He is also Vice-Rector for China and member of the Board of Directors of MIP Graduate School of Business. 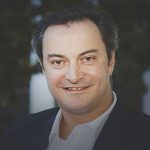 Jonathan Reichental is member of TSCAI Scientific Committee. Jonathan currently is the Chief Information Officer (CIO) for the City of Palo Alto, is a multiple award-winning technology leader whose 25-year career has spanned both the private and public sectors. In 2017, he was named one of the top 100 CIOs in the world and in 2016 he was named one of the top 20 most influential CIO’s in the United States. Dr. Reichental is also recognized as a global thought leader on a number of emerging trends including urban innovation and blockchain technology. 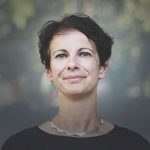 Diana M Bowman is a member of the TSCAI Scientific Committee. Diana is an Associate Professor at Arizona State University and currently serves as the Associate Dean for International Engagement in the Sandra Day O’Connor College of Law, the Associate Director for Students in the School for the Future of Innovation in Society and Co-Director of the Center for Smart Cities and Regions. Diana is considered to be one of the leading commentators on the governance of emerging technologies. In 2018 she was awarded an Andrew Carnegie Fellowship.

TSCAI can access the skills and competence of the following members: 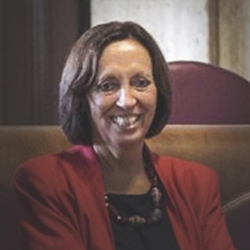 Flavia Marzano Rome City ex-Councillor. Former professor at Link Campus University, Universities of Rome, Bologna, Pisa, and Turin, Member of the national board for Italian digital agenda, Advisor for Public Administration on innovation; evaluator and reviewer of European Projects. Active in the definition of eGovernment and eParticipation Action Plans, Member of the Open Source Software Committees. Founder and former President of the NGO Stati Generali dell’Innovazione. Founder of the WISTER group (Women for Intelligent and Smart TERritories) 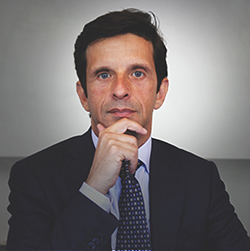 Leandro Aglieri, a degree in political science with an economic background, former SDA Bocconi, a long career as a manager of Arthur Andersen, a multinational of management consulting. In 2003 he founded the consulting firm LA Consulting Innovation management, of which he is still Managing Partner; he is President of Cloud for Defense and Coordinator of the Smart City Forum Innovation in Rome Capital. 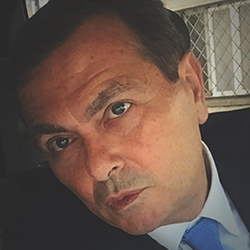 Angelo Di Gregorio Full Professor of Management at the University of Milan-Bicocca where he is also the Scientific Coordinator of the M3 Master – Master in Marketing Management and Director of the CRIET – Center for Interuniversity Research in Land Economics. In terms of research, he has always dedicated himself to the study of uniformity in business management with particular reference to the processes of internationalization, marketing, finance, and strategic evaluation. For more than thirty years, he has supported the business world and also collaborates with the Ministry of Economic Development in the areas of Oil & Gas and ENEA on public lighting and smart cities. 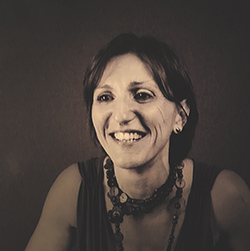 Simona Villa fundraiser, designer, project manager. For more than 10 years (after a long time in the local public administrations in management roles) she has been involved in accompanying the PA and the Third Sector in the development, enhancement and communication of innovation projects, in particular in the cultural and social sphere. She favors, for this reason, methodologies of participatory and laboratory design such as design thinking. 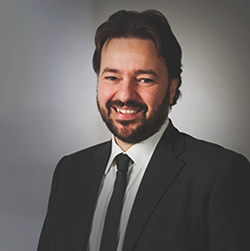 Gianluigi Bonanomi is an expert digital communication trainer. After graduating with a thesis on online relations in 2001, he worked for a dozen years in the computer publishing industry (Computer Idea, My Computer and others). He has written essays and manuals on the Internet, PCs, smartphones and social networks (all Facebook and LinkedIn) and is the director of Ledizioni’s “Fai da tech” series. Currently he deals with business training on digital issues, in particular on brand journalism, web writing and social media and content marketing. 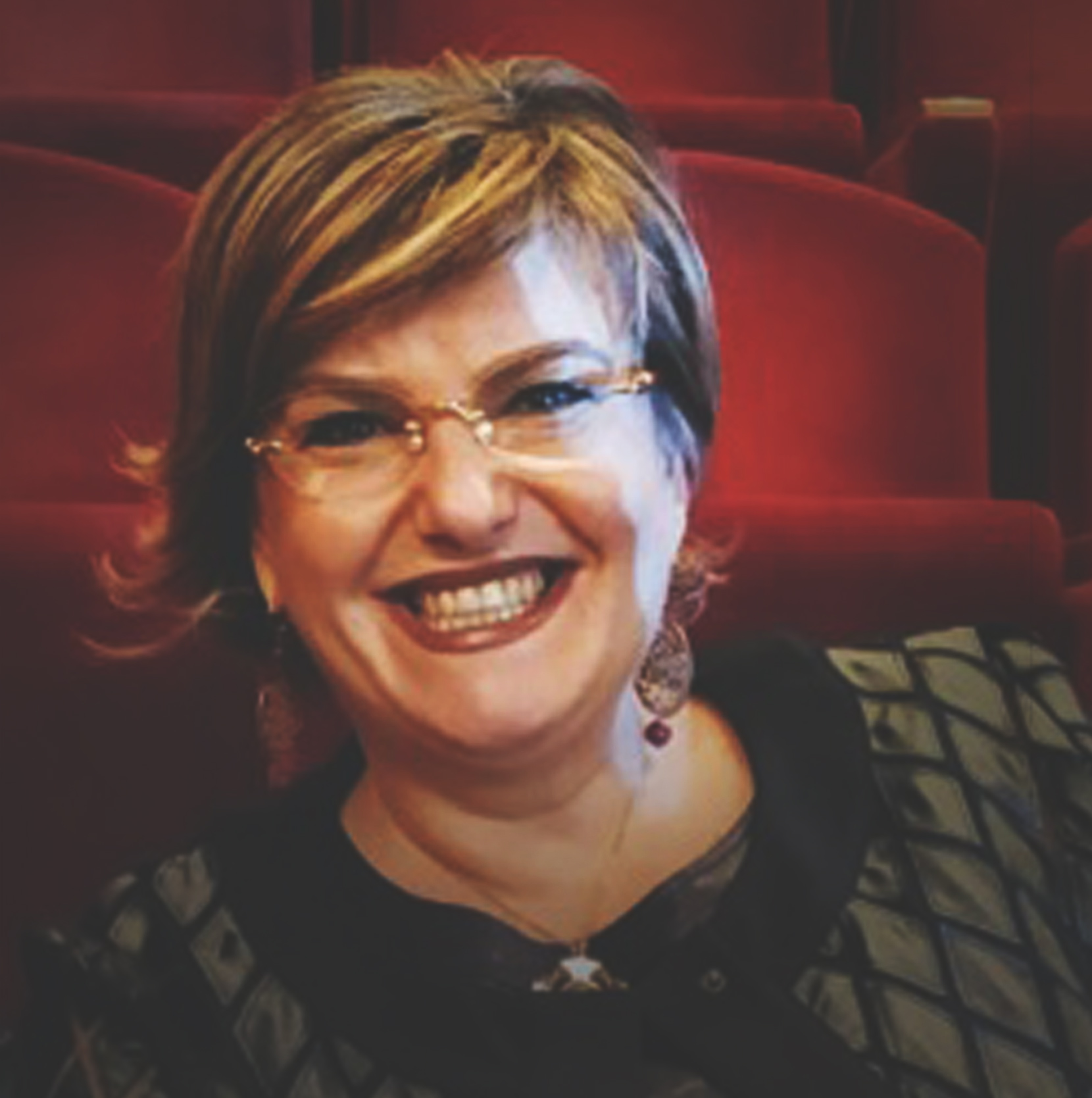 Maria Moreni president of Italy-China Link for cooperation between Italian excellence and Chinese excellence, Co-Chairman of BRLC Belt & Road Local Cooperation of the Chinese Government located in Hangzhou (China) which deals mainly with cooperation between local Chinese governments and local governments around the world, smart cities and e-commerce. An expert in cross-cultural diplomatic relations and innovation, she is one of the 50 most influential Italian personalities in China. 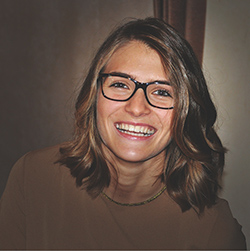 Francesca Bozza, graduated in International Business Management at the University of Brescia; Master in International Business from the Nottingham Trent University. She has recently been occupied, on behalf of Linkem SpA, of the Smart City market analysis and of the solutions adopted at Italian and European level. She attended the “Foundational Masterclass on Smart City Building Blocks” organized by TASC (The Academy for Smarter Communities) in Copenhagen. 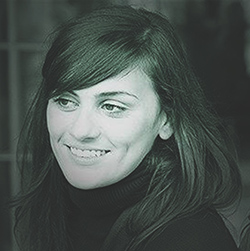 Giordana Francini Web Copywriting and Social Media Marketing teacher since 2011. She is coordinator of the Web and Business Communication course at the Fine Arts Academy SantaGiulia. She has worked in web agencies for ten years dealing with online advertising and communication strategies for private companies and public administration projects. She designed and followed, for three editions, the digital marketing workshop in the Province of Brescia: DigiLaBS. 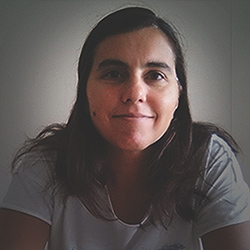 Belinha Campos is a professional web designer. After completing her studies in communication Design, from 1997 she devoted herself to graphic design on the web and hasn’t stopped since. With years of experience in both corporate and public sector, she mixes programming and problem solving, fonts and photos, graphics and colors to achieve the most suitable result.

With the city of Milan, Roma Capitale and Lecce we have shared some informative moments regarding the Smart City argument.

Other important market participants are interested and started the discussion to join TSCAI as well as other large municipalities in our country.