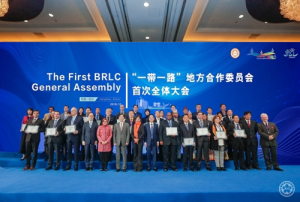 From 2 to 5 December 2018 TSCAI participated in the First BRLC General Assembly (Belt and Road Local Cooperation) held in Hangzhou in China organized by the Municipal Government of the city and by CPAFCC (Chinese People’s Association for Friendship with Foreign Countries http://en.cpaffc.org.cn/index.html). It was a meeting with over 150 delegates from over 20 countries with the aim of promoting cooperation and cultural exchange for the socio-economic growth of the respective countries.

Most of the BRLC members are local and national institutions and TSCAI has had the privilege of being included in the group of founders because of the centrality, in the development of cooperation, of the subjects we are dealing with. 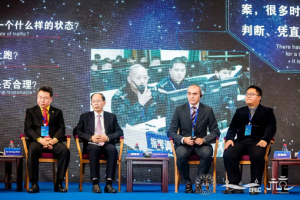 The President of TSCAI Raffaele Gareri was invited to speak at the seminar held in Hangzhou entitled “Artificial Intelligence Facilitates Urban Governance” in which he told about the experiences of Smart City in progress in European cities and in particular in the Province of Brescia. Experts, researchers and administrators from European and Asian governments participated in the seminar.

It was an interesting opportunity to share ideas and experiences on the applications of Artificial Intelligence and Big-Data for city government and to create the conditions for future collaborative spaces among the BRLC member institutions.