On the 28th of March, about a year after The Smart City Association Italy foundation, the first partner’s meeting was held at the premises of UPI (Italian Provinces Union) in Rome.

This has been an opportunity to have an “old style” meeting, that is vis-à-vis, between all the 2018 members and those who are about to enter TSCAI in 2019, to take stock of what has been done in 2018 and to plan future actions.

36 people took part in the meeting representing 23 out of 31 TSCAI members in 2018, so much so that not everyone could sit down… but to attend the first TSCAI Assembly, this and more! 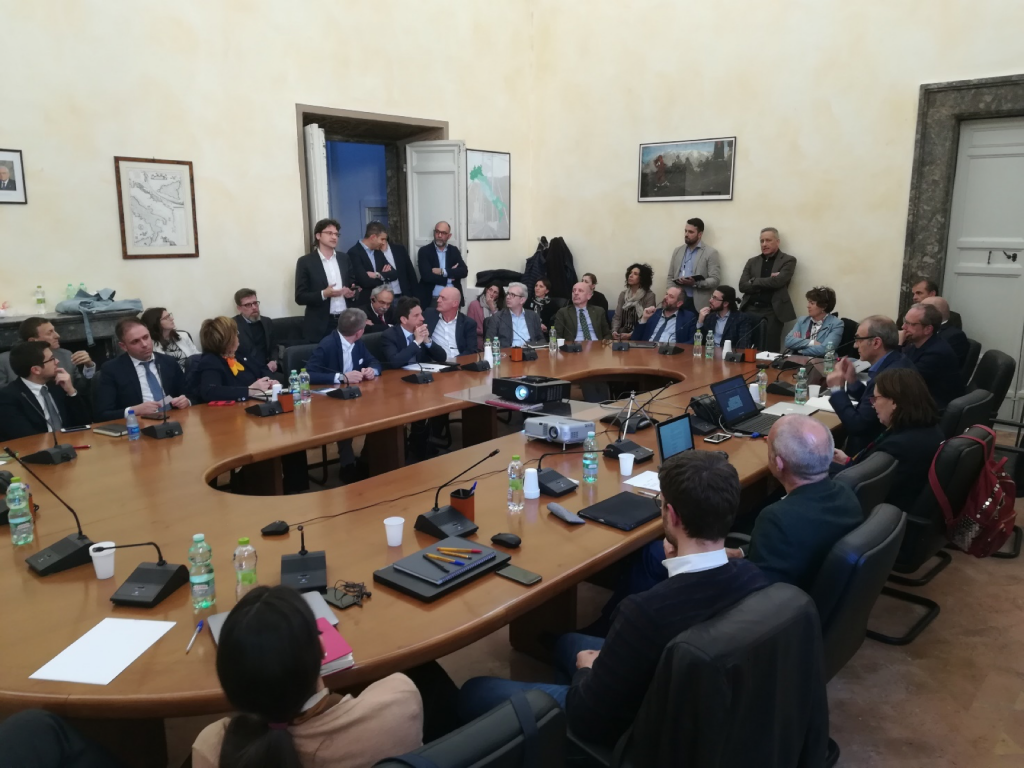 After the honours from Gaetano Palombelli (UPI) and Bas Boorsma’s presentation of the report “IoT Platforms for Cities” (see https://thesmartcityassociation.org/it/iot-platforms-for-cities-a-comparative- survey) the debate about innovative procurement took place between all the participants.

The President, Raffaele Gareri, kicked off and coordinated several speeches on this topic, including the ones from Planet Idea, Giovanni Fazio, Martino & Partners, Infratel and the Municipality of Calvisano, among others.

During the meeting, also a quick overview about the international relationships set up during the first year has been provided, in particular the ones with China, Vietnam and Germany.

Looking at the typology of participants and speeches, the aim and the role of the Association clearly emerge: Public Bodies and Private Companies sat around the same table to share ideas and make efforts to find the best way to “do smart city”, taking into consideration the international experience. The definition of the 2019 Action Plan, undoubtedly the most important topic of the meeting, focused on three aspects:

Several were the ideas emerged from the debate, starting from the initiative “let us share innovation” proposed by Flavia Marzano, Councilor of Rome, the CSBNO proposal for innovative workshops in the library circuit and the Mondo Digitale availability to host TSCAI Training Courses.

One of the key activity for 2019, strongly emphasized by the President, will be the organization, in Italy, of at least one TASC Masterclass (The Academy for Smarter Communities) or more focused training courses. However, given the high cost of the Masterclass, TSCAI partners must be engaged as financers, to make the huge involvement of public and private managers possible.

This is an important game to play, to give solid base to TSCAI Training activities.

At the end of the meeting, Raffaele Gareri announced his resignation from the role of President, due to the new role assumed in mid-March as Area Director of Roma Capitale.

But TSCAI members will not get off TSCAI creator and founder so easily! Raffaele will never miss his commitment and support to the Association Activities, God forbid!

In the meantime, best wishes to Angelo Bozza, the new President of The Smart City Association Italy.

To conclude, 2019 will be definitely a year of expansion and strengthening of the Association, thanks to new and stimulating projects and initiatives.